Lost Around the Block

Tales from an over-anxious mind. 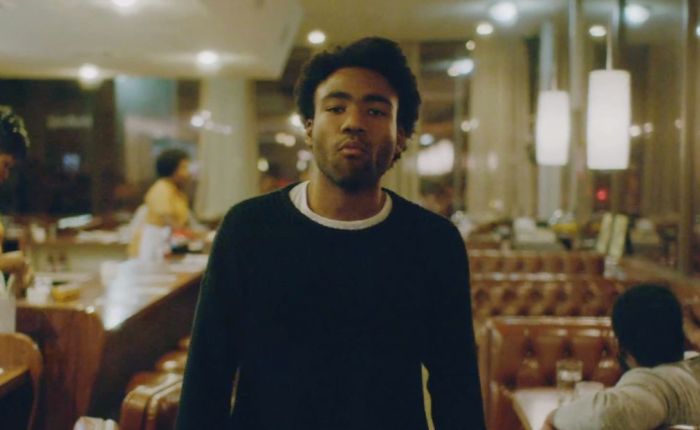 The other day at work I was having a conversation with my coworkers about 90’s hip-hop. Names like Mobb Deep, M.O.P, Wu-Tang Clan, Nas, Biggie, Fugees, Big L, Outkast, Busta Rhymes, A Tribe Called Quest, the Pharcyde, and a dozen more got dropped. We reminisced how we couldn’t go about our business without having our disk-man and a small cd carrying case with our carefully selected assortment of mix-tapes and albums. In those days we lived for music. We laughed about how we could be in the best mood in the world, but if the right track came on, like Pete Roc and Clay Smooth “T.R.O.Y” or Mobb Deep “Shook Ones Pt. 2”, it could have a transformative effect on your mood. Your walk would become a little harder, your face slightly more stoic, and you quietly thought to yourself that you were the baddest man on planet earth and you wish someone would try to bring the ruckus!

Off course music no longer has the same effect on me as it did back then, because naturally I’m older, and have much better understanding of consequences then I did when I was a snot-nosed teen. But every once in a blue moon, I will come across a track, like Childish Gambino’s “Sweatpants” that will cause my shoulder to sway with a little more determination. That will make me put on that “you better not fuck with me” face.” And for like a minute or two I will allow myself to flirt with the idea that I am as indestructible as I was when I was 18 years old and ready to take on the world. That is until my hardcore walk causes my left knee to hurt, and my back stiffens, and my shoulder swaying is reaggravating an old rotator cup injury, and then I remember that I’m too old for all that tough guy shit. But it’s ok, because near the end of “Sweatpants”, the hard edge transitions over into some smooth, sexy funk, and I realize that there is nothing wrong with just grooving to the track like any normal ex-youngster that just wants to find a graceful way to enter middle age.

It was the morning after the election. And like most minorities, young people, or anyone else that wasn’t comfortable with the idea of Donald Trump having the nuclear codes, I woke up that day feeling like if I was in mourning. Trump spent the better part of eighteen months spewing xenophobia, misogyny and being an outright dick to anyone that dared to have an opinion opposite to his, yet America chose him to lead the country into right-leaning direction. As I walked out of my home to make my way to work, the middle class, multi-cultural neighborhood that I live in was quiet, with the only thing stirring being the torrent of dry leaves that danced and swirled through the air by the forceful breeze that shed them off all the surrounding tree branches. So although in my heart it felt to me that I had just phased over into the darkest timeline, the world around me, looked like any other day. The sun rose, the birds sang, people went about their business. Life moved on.

I made my way north up from Berwyn, through the lower-middle-class neighborhoods of Forest Park, and Maywood, until I reached the shopping center sector of Hillside, where I exited the local roads and jumped on the 294 tollway.  From there it I traveled about 25 miles north until I reached the Willow exit, where I get reminded daily how folks on the other side of the track live.   After going 8 miles due east, I reached the uber-affluent town of Winnetka Illinois. The town itself is sixteen miles north of Downtown Chicago, and according to the 2010 census, is 94% caucasian. The median household income hovers somewhere around the low 200 G’s, and the average median value for homes is a smidge below two million dollars. I believe our current billionaire Governor; Bruce Rauner has a residence in Winnetka, and the house that Kevin, from Home Alone, transformed into a burglar death trap is just down the street from my job.

I parked my car across the street from a large, but aging mansion, that had a small work crew of Polish carpenters working away at improving its weathered facade. I summarized the home dated back to the 1920’s and was about four times the size of the quaint, two bedroom home I owned 32 miles south in Berwyn Illinois. Even in it’s less than pristine condition, this was the kind of house that barely middle-class folks like myself would gladly sacrifice their left testicle for. Its spacious yard and the capacious sunroom covered more ground than I would know what to do with and served to remind me every morning, how unlikely I or anyone I know would ever reach the heights of success necessary to afford such a home.

As I cross the street, heading to the office, I kept my head down, but my mind gazed out into an unfamiliar horizon. My life, one that has only known what is like to survive, instead of thriving, was suddenly presented with a new fear. What would a Donald Trump presidency mean for my family and I, as well as all the other families in this country that are one lost paycheck away from being sent into depths of utter despair?   Some would argue that Trump would do precisely what he promised, that he would make America Great Again. But not once did I ever get the sense that he meant that all of America’s citizens would bask in America’s rediscovered glory. No Trump and many of his followers want to bring America back to simpler times.  To a time when dirty Commies, radicals, hippies, angry minorities, godless atheist, and bra burning feminist got their just deserts instead of getting a seat at the table. I also wondered what this would mean for my job.

You see ironically I work as a Housing Intake Specialist for a nonprofit organization that protects tenant rights, tries to help families save their homes from foreclosure, as well as fight all housing-related discrimination. So in laymen terms, I work for an equal housing organization that promotes inclusion, which so happens to be located in the middle of the most exclusive, and least racially diverse town in probably the entire Chicagoland area.  Nearly half of our funding comes from the US Department of Housing and Urban Development also known as HUD. And if there are any major cuts in the grants that the organization receives from Hud, not only would we have to drastically scale back on the help we give hundreds of people a year, but it would also mean that I could receive a drastic reduction in pay, or simply be laid off;  two prospects that I seriously couldn’t afford.

Two days later, tired of hearing all the pundits talking about what came next for America, and my kind hearted co-workers sense of despair, I took off during my lunch hour, for some much needed alone time.  I got into my car, and drove down the affluent streets of Sheridan Road, with its multitude of million dollar homes,  to take a breather in the quietest spot in all of the Chicagoland, the beautiful Baha’i Temple, located about 3 miles south in Wilmette. I parked my car and walked up the handicap accessible ramp that led up to the temple gardens. During the spring and summer months the garden is filled with an abundance of vibrant flowers, and beautiful reflective pools, but now that the fall had arrived in earnest, the garden was subdued with the sort of floral arrangements, that would seem appropriate for a funeral.

I made my way around the brown brick path, the sound of flowing water coming from a fountain located somewhere on the grounds could be heard. A single white male, with designer shades and a $75 haircut took several seconds trying to take the perfect selfie. The temple grounds were serene and quiet.  From my elevated vantage point, I could see a pair of women jogging together on the quiet street that sat across from the Temple grounds. I could see the lake stretching itself out until it blended with the equally blue horizon. I was standing in a pocket of the universe where no matter what turmoil was affecting the outside world, it seemed that it just couldn’t penetrate the insulating bubble that has protected the well to do people of this town for decades. The good people of these affluent towns, with their generational wealth, didn’t need to concern themselves with the worries of the outside world.

The temple itself is one of the most beautiful pieces of architecture that I have ever seen. It is surrounded by nine fountains, which then lead up to a set of stairs that surround the entire dome complex. At the top of the stairs, there are nine entrances, separated evenly allowing people entry into the temple from virtually all directions. Above the entrance, there are another nine sides, adorned with elaborate designs and elongated windows that stretch upward until you get to the bottom of the dome. The dome itself is round, but have nine protruding concrete slabs that curve near the top giving the structure a look from above of a king kong sized orange squeezer.  I made my way into the dome, where about five people were seated quietly, disperse through the room, on faded red chairs. A young black man sat quietly wearing a black turtleneck. He sat there in silence, never once seeming to look in any direction but straight ahead. He also happens to be only the 3rd black face I had seen up in these neck of the woods since I started working up there almost two months ago.

Above each entrance, there are several religious proverbs, written in gold letters. Nearly all of the proverbs were partially obscured from the angle that I was viewing them, due to the way the nine-sided temple is shaped inside. The only one that was fully visible to me said “All the prophets of God proclaim the same faith.  But as I stared directly at the dome ceiling, and the interlocking nine circles that made the dome look to me very much like the tunnel of light that people that had suffered near death experiences have described, I felt no divine presence. No sense of inner peace or tranquility. And absolutely no renewal of faith. All that I could feel was the persistent, and overwhelming sense of uncertainty that has been constant since election night. Perhaps, my overly anxious mind is just getting the better of me, as it often does, and all my current worries will be all for not. But unfortunately for me, unlike the residents of Winnetka, and Wilmette, I can’t afford not to worry.

Travels in Finland and abroad

living in the west with values of the east

The Real Blonde
Wretched and Divine

My corner of the Internet.

Finding humor in an ADHD life without water wings

Saving the world for one dog at a time through fostering.

Writings of a Mrs

I write, blog, vlog and poet...I wander, I ponder and I recollect ...DIGITAL NOMAD & PHILOSOPHER

A Library of Literary Interestingness

~Weaving Words in her Web~

And other personal happenings.

The writer gives life to a story, the reader keeps it alive.

A bucket list blog: exploring happiness, growth, and the world.